Read my interview with The Grateful American Society on my blog:

“A tense, engrossing story that effectively captures the suspicion and paranoia that prevailed during American history's darkest chapters.”-Kirkus Reviews

Could Vladimir’s family be Red?

His Czech-born Mom sure did seem kind-of Un-American in her opinions sometimes. Her studio was packed with modern art and books Richard knew would be considered subversive by Red-hunters. She was forever playing records of music by some Russian named Shostakovich. And she did seem weirdly close to some of the wives of those communist diplomats in Czechoslovakia’s embassy. What about that map of Prague and all those foreign newspaper clippings littering her desk?

Should Richard tell his dad about his suspicions? His mom had said how Don just needed a good case to get back into the graces of his boss at the FBI, the legendary J. Edgar Hoover.

But what would happen next?

Mr. White might get hauled in front of the State Department’s loyalty review board. Maybe subpoenaed to testify in front of Senator McCarthy’s Subcommittee on Investigations. Maybe even be put under FBI surveillance. Followed. Bugged.

Richard glanced over at Vlad, his best friend. He sure wouldn’t like G-men rummaging through his life. Richard’s face flushed thinking of all his own hidden songs and book notes and the things he muttered to himself in aggravation in the safe privacy of his own room. Angry stuff he wrote in the heat of disappointment or hurt. Snipes he'd said when angry. New thoughts he tried on and then discarded later. Things that would really hurt his mom's feelings. And his little sister's. Things that might land him in hot water with authority figures. Stuff he'd never want other people to hear or read.

To whom did Richard owe his loyalty—his dad or his best friend?

It’s 1953 and the United States has just executed an American couple convicted of spying for the Soviet Union. Everyone is on edge as the Cold War standoff between communism and democracy leads to the rise of Senator Joe McCarthy and his zealous hunt for people he calls subversives or communist sympathizers. Suspicion, loyalty oaths, black lists, political profiling, hostility to foreigners, and the assumption of guilt by association divide the nation. Richard and his family believe deeply in American values and love of country, especially since Richard’s father works for the FBI. Yet when a family from Czechoslovakia moves in down the street with a son Richard's age named Vlad, their bold ideas about art and politics bring everything into question.

Richard is quickly drawn to Vlad's confidence, musical sensibilities, and love for literature, which Richard shares. But as the nation’s paranoia spirals out of control, Richard longs to prove himself a patriot, and blurred lines between friend and foe could lead to a betrayal that destroys lives.

Punctuated with photos, news headlines, ads, and quotes from the era, this suspenseful and relatable novel by award-winning, New York Times best-selling author L. M. Elliott breathes new life into a troubling chapter of our history.

This historical novel revisits the anxious, fearful time of the Cold War, when blacklists, political profiling, and guilt by association ruined the lives of thousands of innocent people and deeply divided the nation.

Elliott sets the story in 1953, when the Red Scare is at its peak. Julius and Ethel Rosenberg are executed for spying for the Soviet Union, the “Hollywood 10” are sentenced to prison for refusing to name names, and Sen. Joseph McCarthy recklessly exposes people he deems subversives and communist sympathizers. Richard, the teenage son of an FBI agent living in Washington, D.C., belongs to a white family of patriotic true believers in 1950s-era American values. When a family from Czechoslovakia moves in down the street, Richard befriends a son his age named Vlad, who shares his musical tastes and passion for literature. The family’s bold, unconventional ideas about art and politics prompt Richard to question many of his preconceived notions about patriotism. When Vlad’s father’s loyalty is questioned and comes under investigation, Richard is forced to confront his beliefs about friendship and betrayal. Interspersed throughout the narrative are photos, news headlines, ads, quotes, and political cartoons from the era that offer insightful historical context to the story in a documentary style that resembles that of Deborah Wiles’ novels Countdown (2010) and Revolution (2014).

"this historical novel is filled with Richard’s naive, offbeat humor"

"Richard’s literature-driven ideas, his awkward intimacy with his sister Ginny, and his rare friendship with Vladimir make his experiences as memorable as they are painful. The book’s formatting is integral to its impact. Each chapter begins with red and black graphic art, articles from the era, and primary source photographs. The red pages add to the ominous paranoia presented in the book"

"riveting...Author Elliott’s technique and methodology are superbly appropriate. She begins each chapter — each month — with a detailed description of actual events from that month: the rise of McCarthy and McCarthyism; examples of the cruelty, hypocrisy, and power of J. Edgar Hoover; the persecutions of writers, performers, and artists; the shock of the Soviets’ first successful H-bomb test. And seamlessly winding through the novel are the associated stories of real people who become important novel characters — Hoover, McCarthy, Paul and Jane Bowles, Nixon, LBJ, and even that most celebrated “Inquiring Camera Girl,” the newly married Jacqueline Bouvier Kennedy."

"Lessons for all of us — particularly in this case young readers — abound: the necessary realization of the horrors of war; of the use of fear tactics to motivate destructive behaviors; of the all-too-tempting trap of fighting tyranny with tyranny; of the tragically unfortunate effects of herd mentality — ethno-tribal hatreds, bigotry, stereotyping, violent retribution for perceived wrongs, fascism; and perhaps most significantly of all, the incredibly difficult task of balancing the virtues of liberty on the one hand with the desire for security on the other. We have done an awful job of learning those lessons. And so arises the sad implied question: can we really hope to 'make America great again' by returning to the practices and beliefs and traditions of the 'fabulous fifties'? Before answering that question, consider the lessons of Suspect Red."

"The comparisons to what is going on in today's government are not explicit, but clearly there...I'm so glad to have this to order for the fall! Brilliant depiction of a singular era in US history."

"chillingly relatable...photos and political cartoons sprinkled throughout add even more depth to the layered tale." 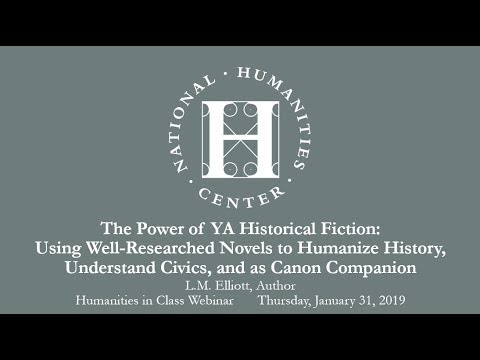 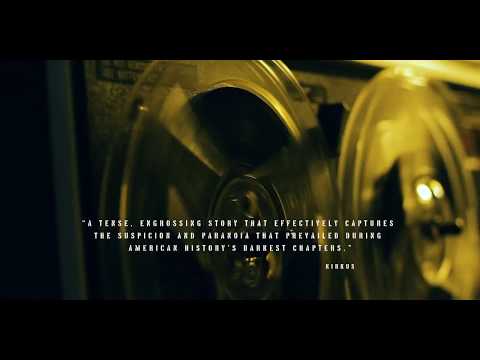 When the entire nation is scared, who do you believe?

“McCarthyism is the corruption of truth... It is the use of the big lie and the unfounded accusation against any citizen in the name of Americanism or security. It is the spreading of fear.”

“There are no degrees of loyalty in the United States; a man is either loyal or he’s disloyal…”

“(McCarthy has) caused alarm and dismay…And whose fault is that? Not really his. He didn’t create this situation of fear; he merely exploited it—and rather successfully.”